IRCTC Vikalp is launched. If unfortunately, you have to travel with a waitlisted ticket in Indian Railways then there is a good news for you and all other train travel lovers, just ahead of busy festive seasons as the IRCTC is working towards making the booking of train tickets easier.

Indian Railways is providing confirmed tickets to passengers on the wait list, who are forced to travel with waiting tickets, on an alternative train on the same route to make their travel smoother and hassle-free.


On November 1, 2016, the Indian Railways has launched the 'Alternate Trains Accommodation Scheme' (Vikalp). Under this scheme, a passenger whose ticket is not confirmed on a long distance train is provided with a berth in an alternative train, traveling towards the same route.

According to the new system, while booking tickets, a passenger would be allowed to select alternative trains they wish to travel if in case their seat in the existing train is not confirmed. The option will be available also for passengers traveling from stations which are not origins or destinations.

The IRCTC Vikalp scheme has been implemented across mail/express trains of the same category, and no extra charges shall be taken from passengers, and no refund shall be provided for the difference of fares". Separate seats will not be earmarked for the scheme.

Generally, the passengers like traveling to popular trains which makes special trains go vacant. Under the new scheme, the waitlisted passengers will be shifted to these special and newly launched trains to avoid overcrowding in the trains. This will also help to low down the rush in a popular train in which generally waiting list goes beyond 300 during festive seasons. After implementation, this scheme is helping in reducing the holiday rush in trains.


*** Please confirm your subscription through a link sent on your email, otherwise you will not get the latest updates. 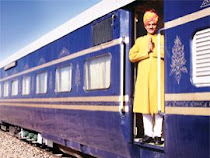